Year after year First Reliance's Relay For Life Team, under the leadership of Joan Billheimer, Community Development Officer, shows its commitment to the American Cancer Society.  This year, First Reliance is the second top team in Florence County for raising funds announced Chinel Boateig, American Cancer Society. "First Reliance is very committed to supporting the community and giving back," said Rick Saunders, CEO.  "Several of our employees are cancer survivors and many of our employees have family and friends who have had cancer.  Our company truly wants to make a difference by supporting this cause that has affected so many people including our own." Joan Billheimer, a twelve year cancer survivor herself,  begins planning fundraising activities early each year, including an Italian Buffet which features entertainment, a live auction and dancing.  Each year the event grows larger along with the funds that are raised.  There are several other smaller activities that Joan coordinates which contribute to the overall fundraising.  "We are proud to have raised $13,000 for the American Cancer Society," said Joan Billheimer.  "We hope it helps fund research that will help more people have more birthdays!" 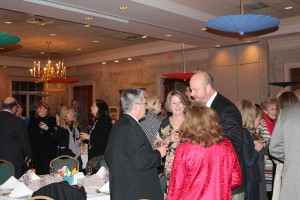