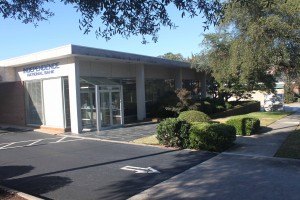 The acquisition of Independence National Bank expands First Reliance's presence in the dynamic Greenville, South Carolina market and is an integral part of the bank's broader strategy to expand its footprint in top-tier markets throughout North and South Carolina.  The acquisition gives the existing First Reliance team in Greenville additional resources to expand its presence in the market, and provides further momentum in executing the bank's targeted expansion strategy.  First Reliance is a strong partner in all of the communities it serves, and is excited to expand its role in the Greenville community.

"This is a transaction about a true local community bank acquiring one of the finest banking franchises remaining in Greenville, South Carolina.  We are thrilled to welcome all the associates at Independence to the First Reliance team.  As we work through the integration, our commitment to our customers will remain the same -- to continue to deliver a superior community banking model of strong relationships and incredible service.  We are passionate about our mission to make the lives of our customers better and look forward to sharing our passion and values with the Greenville customers who value the loyal relationship they have with the Independence National Bank team," said Rick Saunders, President and CEO.