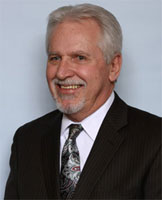 Bank Attributes Rating to Its Purpose of Provide Better Customer and Employee Experiences
FLORENCE, South Carolina, February 8, 2011 -First Reliance Bank's commitment to making its customers' lives better has resulted in the customer's giving the bank a 99% customer satisfaction score in a 2010 independent customer survey. The bank consistently receives high scores from its customers and had a 98% customer satisfaction in 2009. The 2010 rating is 23 points higher than the average national bank satisfaction score and 19 points higher than the average for community banks according to the American Customer Satisfaction Index.

According to Rick Saunders, CEO and President, First Reliance Bank’s unique culture of customer-centric banking begins with highly engaged associates who are passionate about the bank’s purpose, to make the lives of our customers better. “Culture is a reflection of how people act and a company’s brand. Our culture is simply the result of ...

September 8, 2010 TO: CHIEF EXECUTIVE OFFICER (also of interest to Security Officer) SUBJECT: Suspicious Telephone Calls Claiming to Be From the FDIC Summary: Suspicious telephone calls claiming to be from FDIC employees are being reported. These calls appear to be illegal schemes to steal money or collect sensitive personal information, such as bank account numbers. The Federal Deposit Insurance Corporation (FDIC) has received numerous reports of suspicious telephone calls where the caller claims to represent the FDIC and is calling regarding the collection of an outstanding debt. To date, the callers have alleged that the call recipient is delinquent in payment of a loan that was applied for over the Internet or made through a payday lender. The loan may or may not actually exist. The caller attempts to authenticate the claim by providing sensitive personal information, such as name, Social Security number, and date of birth, supposedly taken ...